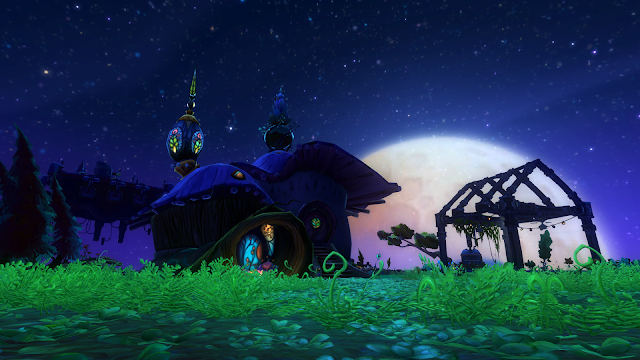 If you haven't heard, yet, Carbine released approximately 60-70 folks on Friday with the most PR-worthy of PR jargon posts I've yet to see (though it doesn't surprise me based on who wrote it). I won't get into a rant on the post, as Big Damn Heroes over at Notes from Nexus has a well-written rant that covers some of how I feel.

So instead, I want to cover my feels and thought process without a rant... mostly. But be forewarned, the sailor mouth is coming out a bit!

The Wall of Text

I can tell you that I cried a lot on Friday. Even at work, I had to excuse myself to the bathroom (multiple times) as more and more names came rolling in. Chaide made some joking comment about WildStar yesterday morning (without knowing the news) and I burst into tears, saying through sobs "I don't want the game to die." And I'm sure there are tons of other people who feel that way, too.

I commented at one point...


I've lost my job before. It's not fun—even when you know it's coming (which I suspect at least some had an idea what with a fraction of them already having other projects they've been able to pick up). You can feel like shit. And those that are left can also feel like utter d-bags because they made the cut, but their friends and co-workers didn't. It's hard being on either side of a mass layoff. I hope from the bottom of my heart that all of these amazingly talented folks find the work they deserve, and soon.

I do want to say that those folks naysaying the game, and saying that the game (and by proxy, those folks who go laid off) "deserved it" and "it's been coming", etc., can go fuck themselves, put plain and simply. Saying someone deserved to be laid off, or a project deserved to die is being a dick. And we all know Wheaton's Law, so observe it.

Pappy did confirm that an announcement was coming sometime this week.

@quontom7 @trintonofthesea @kelzamgaming i'll be reaching out to the community next week, with additional info soon after.
— Chad Moore (@Pappylicious) March 12, 2016


I'm hoping it's sooner rather than later (as in, Monday instead of their typical Friday stream). I do have to commend him and Caydiem and DD for being so responsive and available on Friday with concerns, and just being open to the community about how tough a day it was.


So I'm hoping that's also something that's addressed in this update.

I admit that I might be a bit of a Pappy fan. He's always been chatty with the community since Day 1. He's always been fun, and his dedication to and interest in the game shows. But that could be said for all of the developers over at Carbine.

I'm worried with all the negativity in the community that guild members will start dropping like flies. I do know there are some dedicated few (thank you Raven, Fitch, Sheae, Moxine, Raina, and more for being such amazing people!) who will stick around until WildStar's dying day, but I worry that our numbers will dwindle because there are folks who aren't as dedicated to the game. Which I understand. I play multiple games myself, but WildStar, and its community, are still what I come back to day in and day out. WildStar has become a Home in a way that no other game has for me. It's helped me get back into blogging. It's helped me discover both a game and blog community that I feel super-close to. And I can't, and won't abandon that.

So Black Dagger Society is here to stay. I'm here to stay. We're still throwing ThaydFest, we're still handing out shinies. And we're still here for the community, or whatever is left. So if your guild is jumping ship, know there's a home over on Entity Exiles if you need it.

I can understand not wanting to read the wall of text. So, essentially, it boils down to this.

Posted by Chestnut at 2:24 PM
Email ThisBlogThis!Share to TwitterShare to FacebookShare to Pinterest
Labels: WildStar