For the first time in our lives, we are able to afford two subscriptions simultaneously. Hurrah! Ergo, we picked up FFXIV since Chaide has been itching to play it for a long while. We currently have toons on multiple servers, but we are consolidating to one toon each on Cactuar, listed here.

Magnolia Chestnut (Roegadyn, MRD/FSH) - Chestnut will eventually roll all of the professions and classes, however, we've only been playing about a month and a half as of yet. All in due time.
Mounts and Minions

Chaide and I run the guild Black Dagger Society on the Entity server (formerly from Evindra). I have a large swath of toons, and I wish that Carbine had an armory website for me to link all of them. You'll see them pop up throughout the blog, though.

Chestnut Stonebough (Aurin, Stalker, Scientist - 50): Focusing on Outfitter and Survivalist, as well as Farming and Cooking. The main. Achievement-obtainer. Eventually will get back into PvP.

I've dabbled in TSW on and off for a while, but have recently gotten back into it with Chaide and another WildStar guildie, and you should see some Let's Play videos popping up as we play.

Castanea (translates to Chestnut): Tank, and rolled up when Chaide and I first started the game

We purchased and played this game at release (after playing in beta) and then after the first month just dropped off. One, we were still sort of active in WoW, and second, we couldn't afford two subscriptions at the time. We're now back to playing it, and enjoy it (though the F2P model sucks, so I had to sub, at least to get my toon leveled).

Jhi'salith - (The Harbinger - E | Chiss, Imperial Agent, Marksman): It's interesting playing something I wouldn't normally. I'm excited to finally get some Legacy gear and try out some PvP.

We got different level founder packs for these, and thought we'd really enjoy it--and we did. Up until we just ran out of fun things to do.

J'hisalith (Half-Orc, Trickster Rogue - 60): First alt, PvP focused with a side of dailies.

In EVE I had different characters focused on different things, as is wont to happen based on how you train skills. For the somewhat safety of my prior corporation and alliance I will not give names, but I will provide shots of my characters, because the character design system is just really cool. 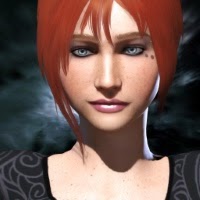 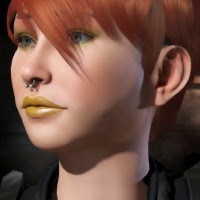 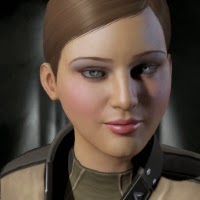 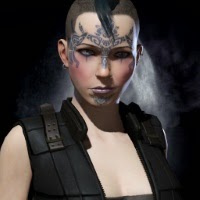 My favorite part of WoW was Achievements and PvPing (and some RPing). After some server-hopping I joined the Llane server to play with some real-life friends from college. Then I met Chaide, we rolled Druids together, and well, the rest is history.

Soon after, we started a guild with another real-life friend: Shade of the Elm. We ended up getting back into raiding, and then eventually leaving the game based on real life factors and the fact that we were not at all excited for Mists of Pandaria. There are just so many WoW toons that I don't have space for all their images, unless someone can think of a brilliant way to do so.

Chestnut (Druid, Feral Tank/Kitty DPS - 85): my main and the toon I always played on with Chaide. Achievement obsessed and The Mama Bear of Shade of the Elm.
Mounts :: Tabards :: Pets

Shaelee (Shaman, Restoration - 85): the rarely played but much loved Pre-Cataclysm 80, and the first toon rolled on Llane.

Jhisalith (Priest, Shadow - 85): the Dwarf-turned-Troll and my previous Main in Level 70 content.

Rhial (Rogue, Combat - 52): the new goblin rogue waiting for a chance to shank some Alliance.