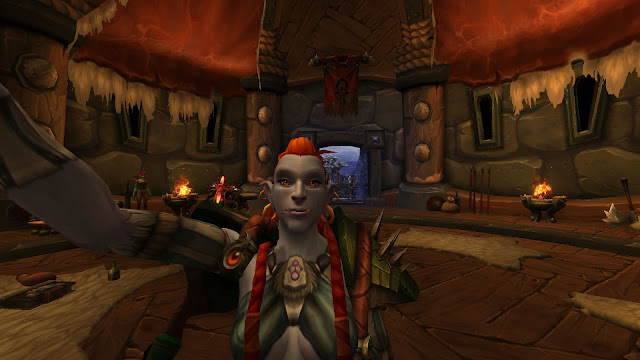 Back in May Chaide and I got the email from WoW about that free week trial period, so we decided to give it a whirl (... mainly because I was going to write something for MMOGames that I have yet to finish writing... *cough*). And, well, we have yet to leave.

We were going to play Alliance, but then we thought about our Druids over on Llane (Chaide and Chestnut) that we started back in 2010, and I thought since they were our mains way back then that maybe we could race change them or something to go play Alliance over with folks in House Stalwart.

But then we logged onto them, and all these memories came flooding back, and we couldn't just transfer them over and make them Night Elves (Ugh, elves!) or Worgen (meh). So, since Shade of the Elm disbanded in the five and a half years we'd been gone, I decided to hit up Ru on Twitter and see if Iron Circle was still around and accepting new members. I figured since we'd run with them back in the day and enjoyed their company that hitting them up again would be a good idea.

And it was! We're over in Iron Circle now with awesome people doing awesome things, and I'm having a lot of fun being back and playing with folks I haven't seen in five plus years, plus more folks that happened to trickle into guild that I know from Twitter. 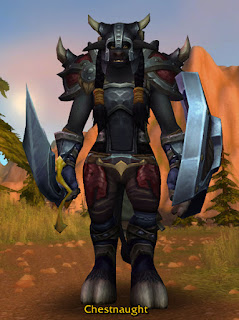 So I leveled up Chestnut, and Shaelee (shaman), and started on Jhisalith (priest), and boosted a Monk (Maziwa), but I've settled on a new main. Mainly to help balance out raiding come Legion--just too many Druids if I went on Chestnut. So I boosted my Warrior (Andryna, at the time) to 90 and Chaide and T and Keng helped me to power level her to 100 to make her my new main.

Of course, because she would be my new main I wanted to name her Chestnut because my mains are always Chestnut. But obviously I have the name already on Llane, and I wasn't going to name change my Druid and wait to rename my Warrior. So I decided it'd be a good idea to try on Arygos since the realms are sister-realms or whatever. But, of course it was taken. So I bemoaned this fact to a few people, and a guildie suggested naming her Chestnot or Chestnaught, and Chaide jumped on the opportunity to second the Chestnaught thing. So now she's Chestnaught!

I've been running old instances and stuff with her and on a whim Chaide and I headed out to Ulduar with our guildie Raptor, who loves to run the old stuff for transmog and such, and I also got Mimiron's Head this past weekend, which is super exciting. 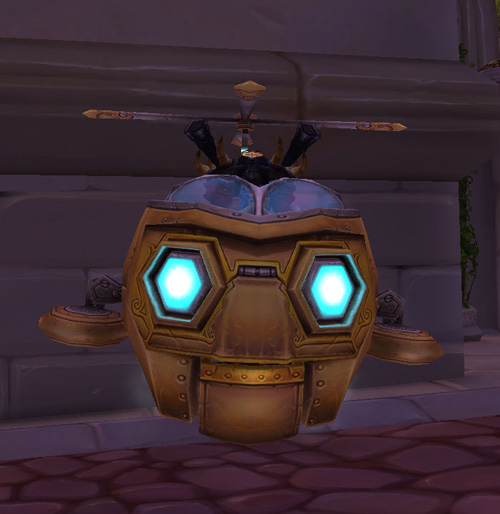 All in all, I'm really enjoying being back, and I'm kinda sad that I left WoW. But, I wouldn't have met all the awesome gamer folks I consider family if I hadn't... so I'm just glad that we're back!
Posted by Chestnut at 11:59 PM
Email ThisBlogThis!Share to TwitterShare to FacebookShare to Pinterest
Labels: Blaugust, WoW